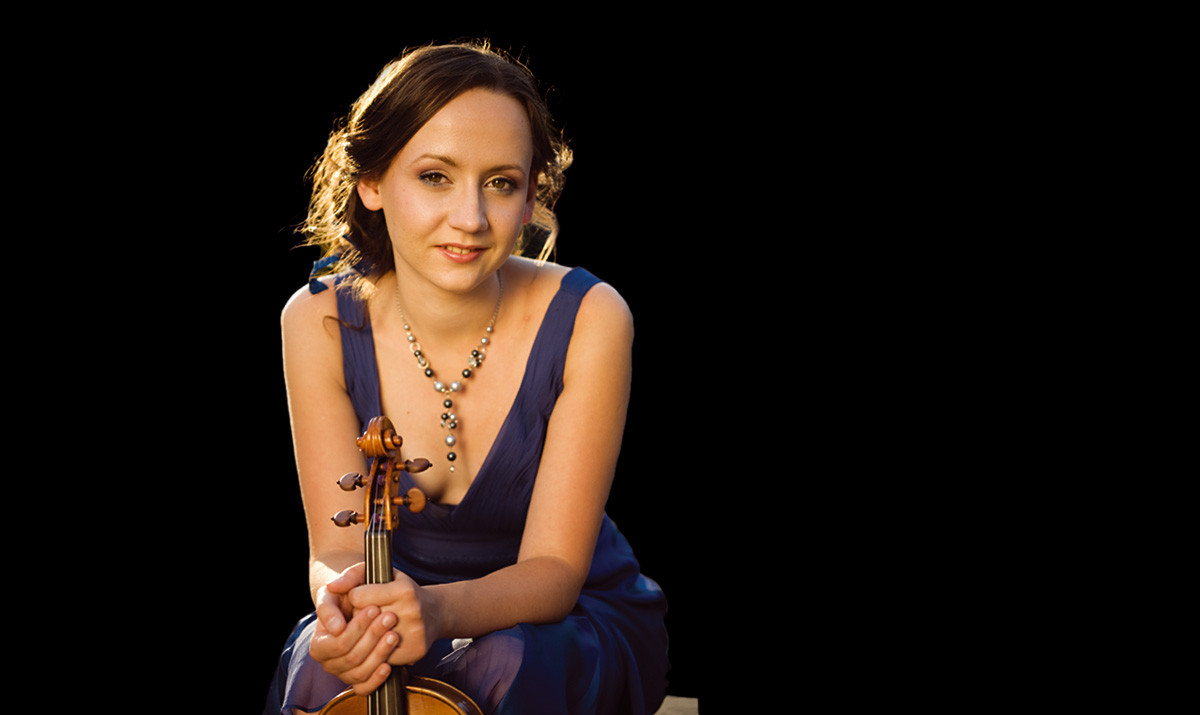 Born in 1985 in Gdańsk, she started taking violin lessons at the age of six at a primary music school in Koszalin. She graduated from the Ignacy Jan Paderewski Music Academy in Poznań, where she studied with Bartosz Bryła. In 2004 she commenced further studies at the Hochschule für Musik und Theater in Hanover under the guidance of Krzysztof Węgrzyn. Her honours include First Prize, the Gold Medal and an Audience Prize at the 13th Henryk Wieniawski International Violin Competition in Poznań (2006), the Lotos Gdańsk Classic Prize (2005) as well as prizes at the International Concerto Competition in Calgary (2003) and the A. Yampolski International Violin Competition in Moscow (2006)

Foreign tours have taken her to many European countries, including such venues as the Théatre des Champs-Élysées in Paris, the Victoria Hall in Geneva, the Concertgebouw in Amsterdam, the Berwaldhallen in Stockholm and the Bolshoi Theatre in Moscow, as well as to China, Japan, Canada and Israel.

She has performed with Sinfonia Varsovia, the Warsaw Philharmonic, the Lahti Symphony Orchestra, the Vilnius State SO, the National Polish Radio SO, Sinfonia Iuventus, the Amadeus Chamber Orchestra of Polish Radio and numerous other Polish symphony orchestras, under such conductors as Krzysztof Penderecki, Andrey Boreyko, Antoni Wit, Jerzy Maksymiuk, Saulius Sondeckis, Moshe Atzmon and Jacek Kaspszyk.In 2005.

At the invitation of Seiji Ozawa, she took up the post of orchestra leader during a tour of Japan and China under his baton. For the past few years sha has taken part in the prestigious Summer Music Academy founded by Ozawa in Switzerland. She perfected her skills there with such outstanding musicians as Pamela Frank, Nobuko Imai, Sadao Harada and Robert Mann.

She has held grants from the National Children’s Fund, the Prime Minister of Poland, the Polish Ministry of Culture, the Yehudi Menuhin Live Music Now Foundation and the Gerd-Bucerius Stipendium der Deutsche Stiftung Musikleben Gundlach Musikpreis in Hanover. She has won the Passport Award from the Polityka weekly, the prize of TVP Kultura in the classical music category and the 2006 Fryderyk Award for the Best Solo CD.

She currently plays on an Antonio Stradivari instrument (Cremona, ca. 1680) from the German Collection of Instruments, loaned by the Deutsche Stiftung Musikleben.