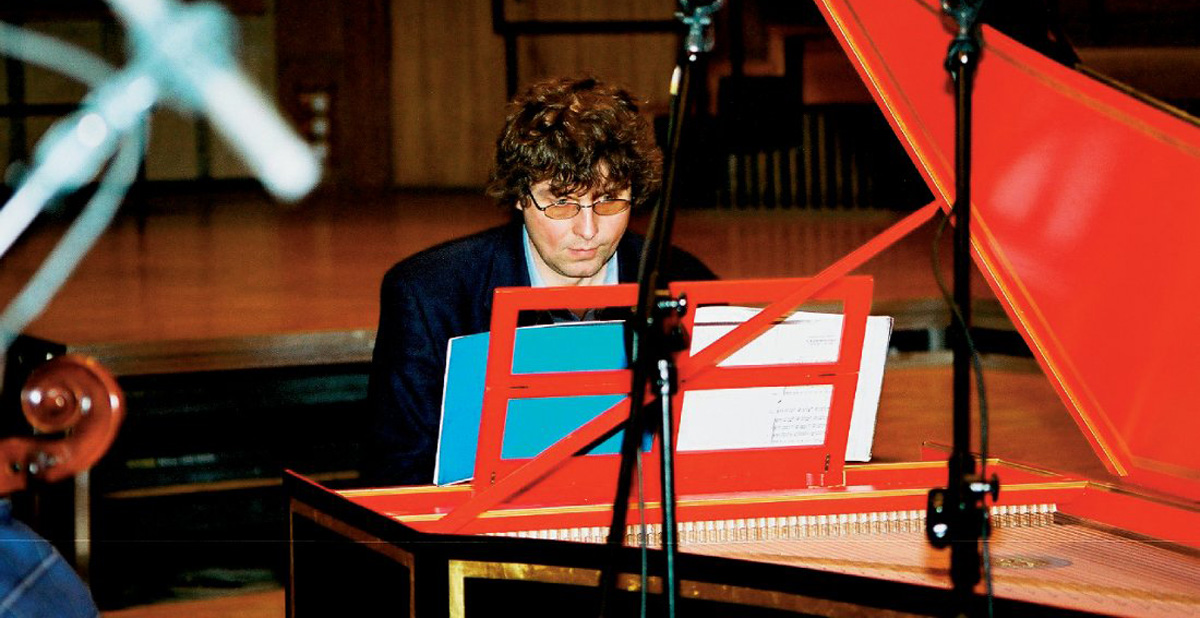 The Polish harpsichordist and organist, Marek Toporowski, studied at the the Academy of Music in Warsaw, organ with Józef Serafin, and harpsichord with Leszek Kędracki. He perfected his skills in France (Strasbourg), Germany (Saarbrücken) and Holland (Amsterdam) working under the supervision of Aline Zylberajch and Bob van Asperen (harpsichord) as well as Daniel Roth (organ). He was awarded the first prize of the Academy of Music in Strasbourg in the department of organ and harpsichord and a concerto diploma of Musikhochschule des Saarlandes (organ). Later he also studied organ improvisation under the supervision of Julian Gembalski at the Academy of Music in Katowice). Marek Toporowski’s personality was greatly influenced by the contact with an outstanding pianist Kajetan Mochtak. He was awarded the first prize of the Wanda Landowska First Polish Harpsichord Contest in Cracow (1985).

Marek Toporowski is at the moment one of the most famous ancient music performers in Poland as harpsichord player, organ player, chamber musician and conductor. He is particularly valued as a virtuoso-harpsichord player and a conductor specializing in Baroque oratorio music. Because of his rich, improvised realizations of basso continuo, he is often invited to take part in concerts and studio recordings of outstanding virtuosos. He performs in Poland and abroad and has made a number of records in Poland, Germany and France, among others a solo record with harpsichord music of J.S. Bach performed in France for BNL.

Marek Toporowski is the founder and the conductor of the most important Polish ensambles specializing in performing Baroque oratorio-cantata music – the orchestra Concerto Polacco and the chamber music choir Sine Nomine.

Marek Toporowski is also a professor in the Academy of Music in Katowice where he teaches in the harpsichord class.