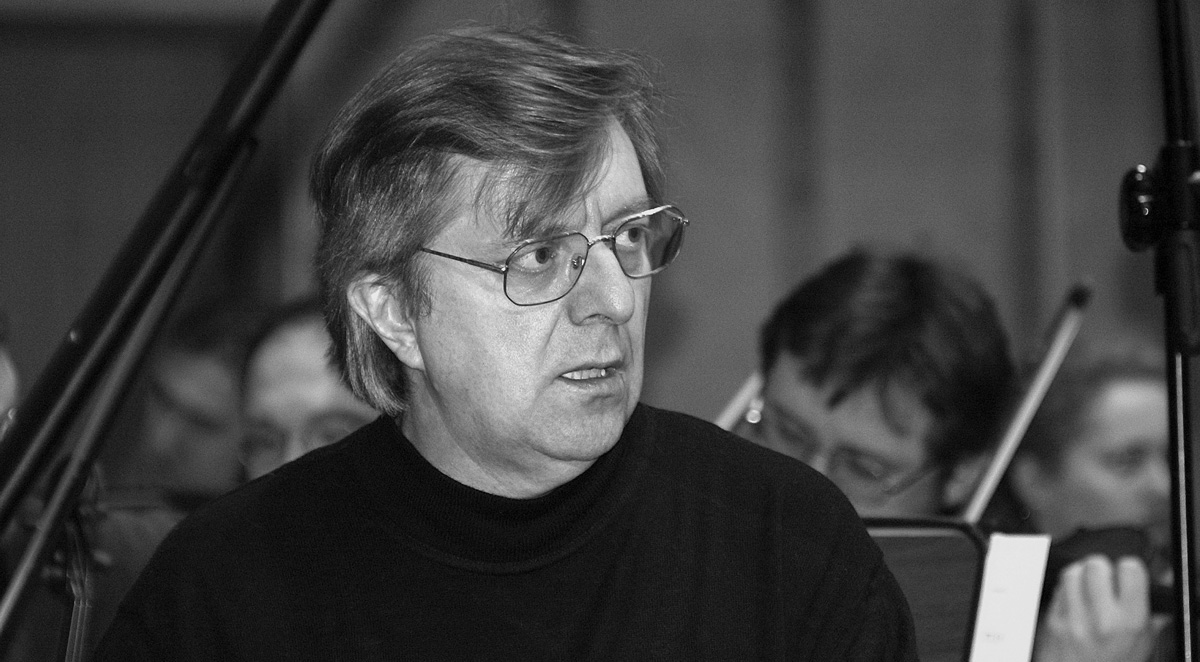 Piotr Paleczny is one of the most outstanding Polish pianists. He is a graduate of the Music Academy in Warsaw where he studied with Jan Ekier. He is a prize-winner of five international piano competitions, in Sofia (1968), Munich (1969), Warsaw (1970), Pleven (1971) and Bordeaux (1972). His accolade at the Warsaw Chopin Competition marked the beginning of his fine concert career in all continents. He has appeared as a soloist with numerous renowned orchestras including the Warsaw Philharmonic, the National Polish Radio Symphony Orchestra, the Chicago Symphony, the American Symphony, the Royal Philharmonic, the Concertgebouw, the BBC Symphony Orchestra, Yomiuri Nippon, Tonhalle Orchester Zurich, RAI Roma, Santa Cecilia, the Mexico National Orchestra, the Buenos Aires National Orchestra, the Gewandhaus, and the National Orchestra Madrid. He has performed at such prestigious venues as the Carnegie Hall, the Avery Fisher Hall and the Alice Tully Hall in New York, the Orchestra Hall in Chicago, Suntory Hall in Tokyo, Teatro Colon in Buenos Aires, the Gewandhaus in Leipzig, the Concertgebouw in Amsterdam, the Royal Festival Hall in London, as well as such major music festivals as the Flanders Festival, Prague Spring, and those in Istanbul, San Antonio, Berlin, and Bergamo. He has given master classes in Bordeaux, Amsterdam, Paris, Buenos Aires, Montevideo, Mexico City, Tokyo, Lugano, and Warsaw, and sat on the juries of international piano competitions in Warsaw, Paris, Santander, Tokyo, Hamamatsu, Prague, Taipei, Cleveland, and London.

Piotr Paleczny’s recordings are available on numerous labels, including Polskie Nagrania, the EMI, BBC Classic, Pony Canyon, CD Accord, Olympia, Wifon, BeArTon, Sound, Naxos, and DUX. The recording of Ignacy Jan Paderewski’s Piano Concerto, with the National Polish Radio Symphony Orchestra under Jerzy Maksymiuk (Sound), was named by Musical America as the best ever recording of this work. Karol Szymanowski’s Symphonie Concertante, on the EMI label, also won critical acclaim on the American market. Paleczny also recorded the complete Ballads, Sonatas, and Concertos of Chopin for BeArTon. The Ballads and The Piano Concertos won the Golden Disc awards and the Fryderyk’ awards in 2002. Paleczny’s recordings for BeArTon also include The Best of Paderewski (nominated for the Fryderyk Award in 2001. He has also made recordings for Polish Radio, the BBC, RAI, Radio France and RT Espanola. An important place in Piotr Paleczny’s repertoire is occupied by piano concertos by Polish composers: Chopin, Paderewski, Szymanowski and Witold Lutosławski. He performed Lutosławski’s Piano Concerto under the composer’s baton and recorded it for Naxos (with the National Polish Radio Symphony Orchestra under Antoni Wit). The CD The Best of Fryderyk Chopin (DUX) won him the Fryderyk 1999’ Award of the Polish recording industry). His wide-ranging repertoire also includes works of Scarlatti, Beethoven, Mussorgsky, Schumann, Brahms, Skryabin and Rachmaninov. Piotr Paleczny also pursues a teaching career. He currently heads a piano performance class at the Fryderyk Chopin Academy of Music in Warsaw. Since 1993 he has served as Artistic Director of the International Chopin Festival in Duszniki Zdrój, the oldest music festival in Poland.