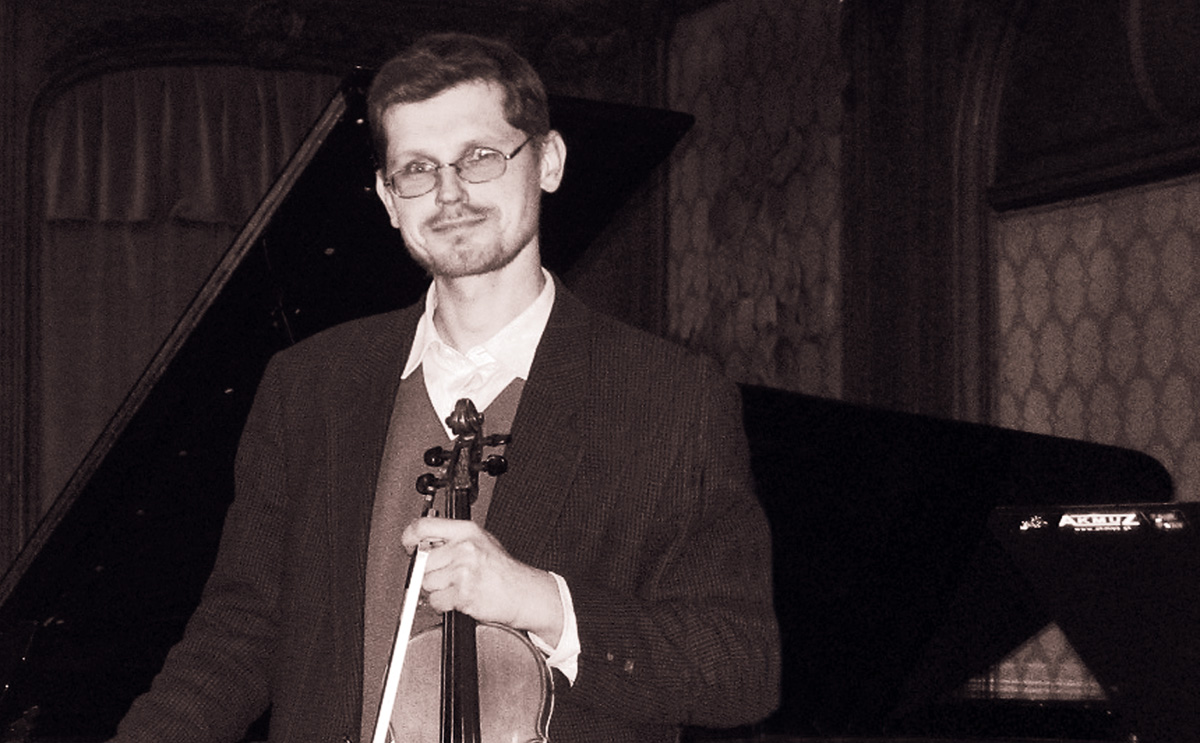 He is a graduate of the Music Academy in Łódś, where he studied with Zenon Płoszaj (gaining a diploma with distinction in 1993). He also completed the studies at the Hogeschool Enschede in the Netherlands and perfected his skills at the Hochschule für Musik in Berlin under the guidance of Manfred Scherzer. He held grants from the Minister of Culture and Art. and the Alfred Toepfer Stiftung in Hamburg and participated in numerous masterclasses in Poland and abroad. He is a prizewinner of Z. Jahnke Violin Competition in Poznań and the Szymanowski Violin Competition in Łódź.

He has developed a career as a soloist and in chamber ensembles, with performances in Poland and abroad. He has made many recordings for Polish Radio and Polish Television. He is on the faculty of the Music Academy and the Henryk Wieniawski Secondary Music School in Łódź.