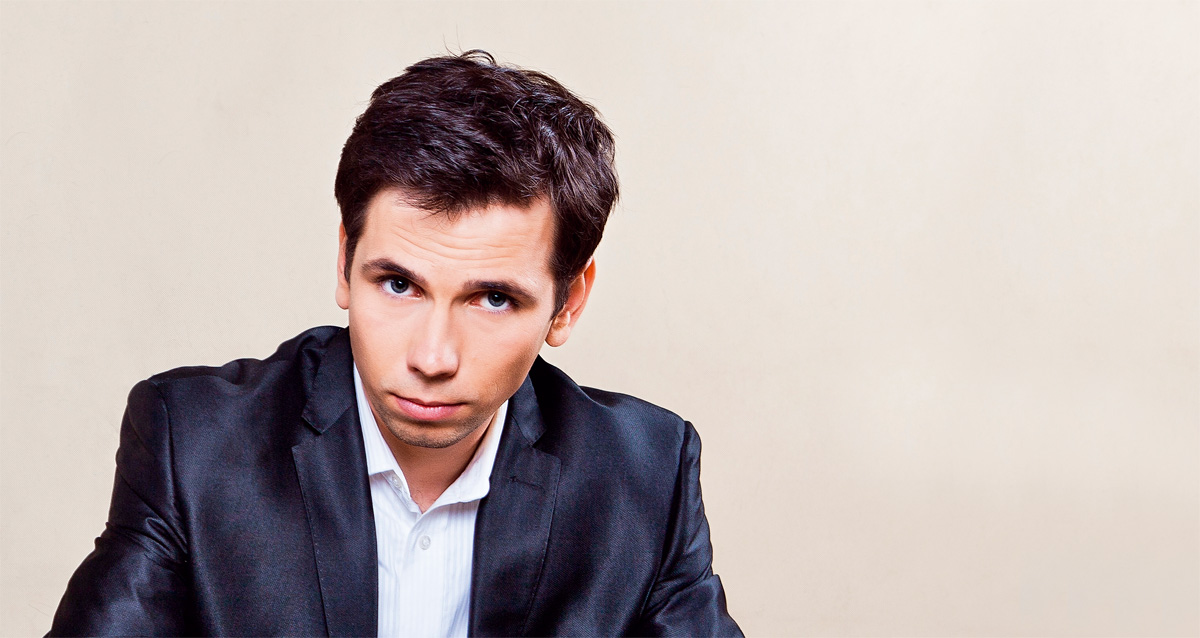 Szymon Klima was born on 18th of December 1984 in Cracow. He began his musical education on the clarinet at the age of 8. When he was 10 years old he was invited by Brad Terry – an American jazz clarinetist to take part in a concert during the II International Clarinet Festival in Piwnica pod Baranami in Cracow. He performed together with leading Polish jazz musicians: Zbigniew Wegehaupt and Joachim Mencel. Szymon’s jazz debut was received enthusiastically by the audience and, as a result, he was invited by Brad Terry to play once again with the same musicians and a Dutch trumpeter Ewert Hekkem.

In 1998 he performed as a soloist with the Stoneleigh Youth Orchestra conducted by Adrian Brown during the II European Congress EuroCass being a part of EU programme “Kaleidoscope”. The conductor together with the Orchestra invited Szymon to London and in 1999 they performed G. Finzi’s Concerto for Clarinet and Orchestra. London newspapers responded to the performance with headlines mentioning the “Prodigy of Poland” and the concert itself proved to be a huge success giving evidence of the high level of the youngest generation of Polish instrumentalists. In 2000 a remarkable British clarinetist David Campbell reminisced about the performance in a specialist magazine “The Clarinet”. He wrote: “…One of the highlights was hearing Simon aged 14 playing the Finzi concerto really musically. Simon Klima has great talent and is going to be a top star in the future”.

In July 1999 Szymon took part in the Clarinetfest in Ostend (Belgium) organized by an American association ICA. In October 2001, during the tournee of Cracow Youth Philharmonic in the Netherlands and Belgium, he performed as a soloist in C. M. Weber’s Concerto in E-flat major and each time he was awarded with a standing ovation.