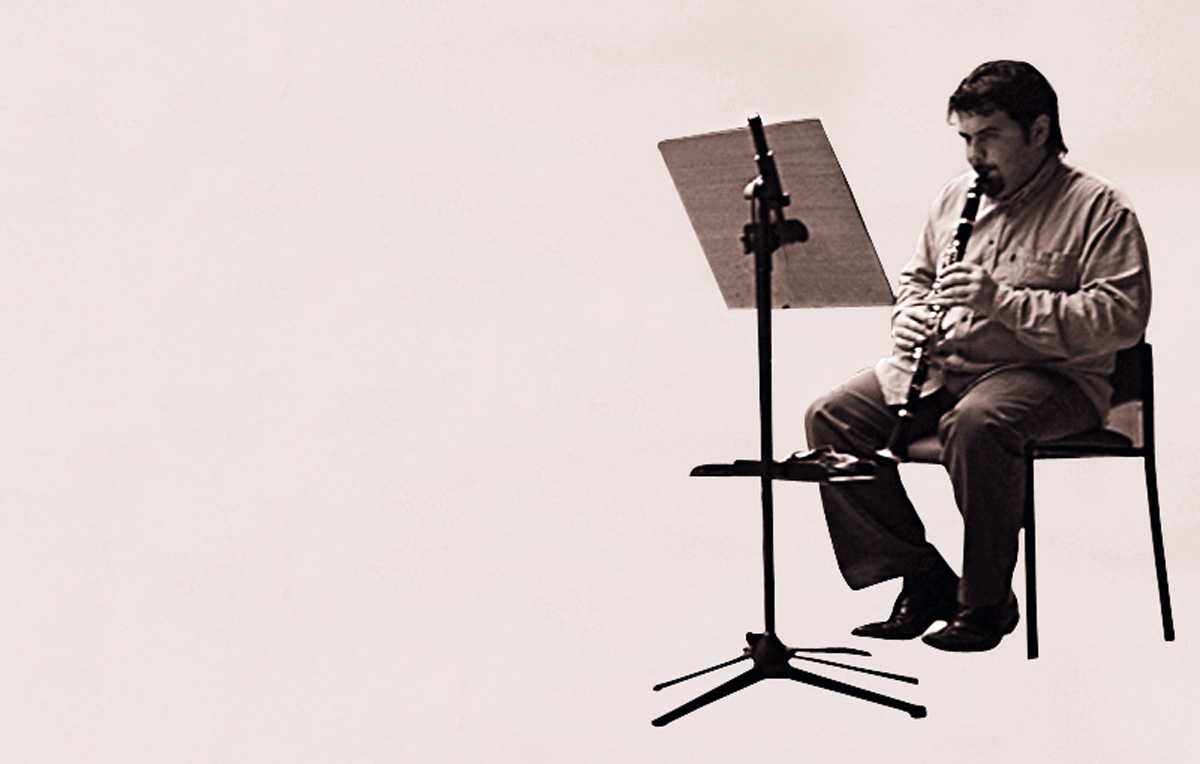 He is a graduate of the Music Academy in Katowice, where he studied with Andrzej Janicki.

In 1997 he won Second Prize at the National Clarinet Competition in Piotrków Trybunalski. Since 1996 he has been a soloist with the Zielona Góra Philharmonic Orchestra. In 2006 he became Principal of its wind section.

He has performed as a soloist with the Rybnicka, Zabrze and Zielona Góra Philharmonic Orchestra in a broad repertoire, including C. M. Weber’s Concertino Op. 26, Karol Kurpiński’s Clarinet Concerto, Debussy’s Rhapsody, Rossini’s Introduction and a theme with variations and A. Shaw’s Concerto.

He has regularly appears in chamber ensembles. He took part in the stage performance of Messiaen’s Quatuor pour la fin du temps at the Grand Opera Theatre in Poznań (2003). In 2006 he toured Denmark with a series of New Year’s concerts with the Zielona Góra Philharmonic Orchestra (Milhaud’s Suite for violin, clarinet and piano). He has made CD, radio and television recordings with the Zielona Gora orchestra. He also pursues a teaching career.