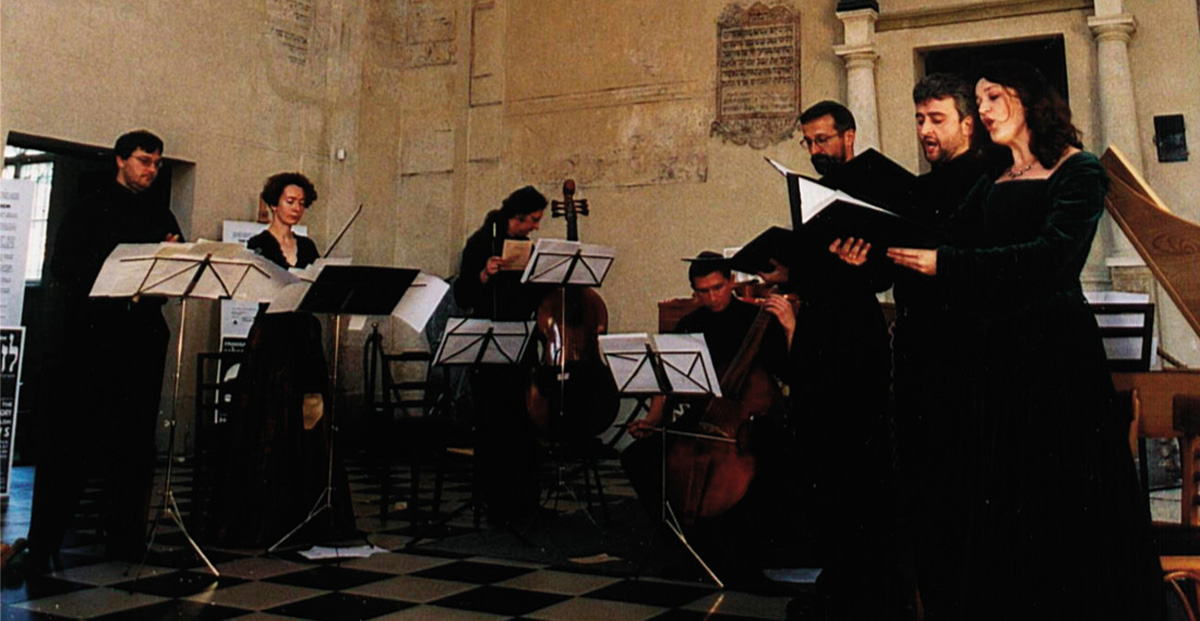 Ars Cantus was founded in 2000 as a vocal group linked to the Wrocław Chamber Players working under the musical direction of Tomasz Dobrzański.

Ars Cantus performs music from the Middle Ages (medieval songs from the Carmina Burana manuscript, liturgical dramas Ludi Sancti Nicolai) to the early Baroque (‘Salomone Rossi – Music for the Court and Synagogue’). An important part of the repertoire of Ars Cantus is made up of the musical relics of the Lower Silesia dating from as early as the 14th century, many of which have been presented to audiences for the first time (‘The Feast in the Town Hall’ – works from the musical manuscripts of Wrocław and Lower Silesia of the 16th and 17th centuries; ‘Serena mente jubilo’ – works from 14th and 15th-century manuscripts of Wrocław, żagań and Zielona Góra).

Ars cantus has performed at numerous prestigious events including the Flanders Festival in Alden Biesen in Belgium, the International Early Music Academy at Wilanów Palace (Warsaw), the ‘Song of our Roots’ Festival in Jarosław, the Festivals of the Polish Early Music Society in Warsaw and Kraków, the Festival ‘Musica Memorabilis’ in Poznań, the International Festival ‘May with Early Music’ and ‘Forum Musicum’ in Wrocław. It has also given concerts in Italy, Germany, the Czech Republic, Slovakia and Austria. In December 2004 the group gave a concert in the Polish Radio Concerto Studio which was broadcast live to European Broadcasting Union-member countries.

In 2001 Ars Cantus received the Zofia Rayzacher Memorial Prize at the 11th Early Music Festival at Warsaw’s Royal Castle for the performance of medieval songs from the Carmina Burana collection. The citation described the ensemble as having ‘the greatest artistic individuality in the field of early music’.

Ars Cantus makes use of the latest research into the historical performance of early music and employs it successfully in its artistic practice. This has been highly acknowledged by critics many times. In 2003 Tomasz Dobrzański was nominated for the weekly Polityka’s ‘Passport’ Award for young, up-and-coming artists.

The discography of Ars Cantus includes ‘Musica Rediviva from 16th and 17th-century Wrocław musical manuscripts’ (2003, CD Accord), which received rave reviews, the 2003 Wrocław Musical Award and a nomination for the ‘Fryderyk’ Award, and was followed by ‘Musica Figurata in Wrocław and Silesia in the 14th and 15th centuries’ (2005, DUX).