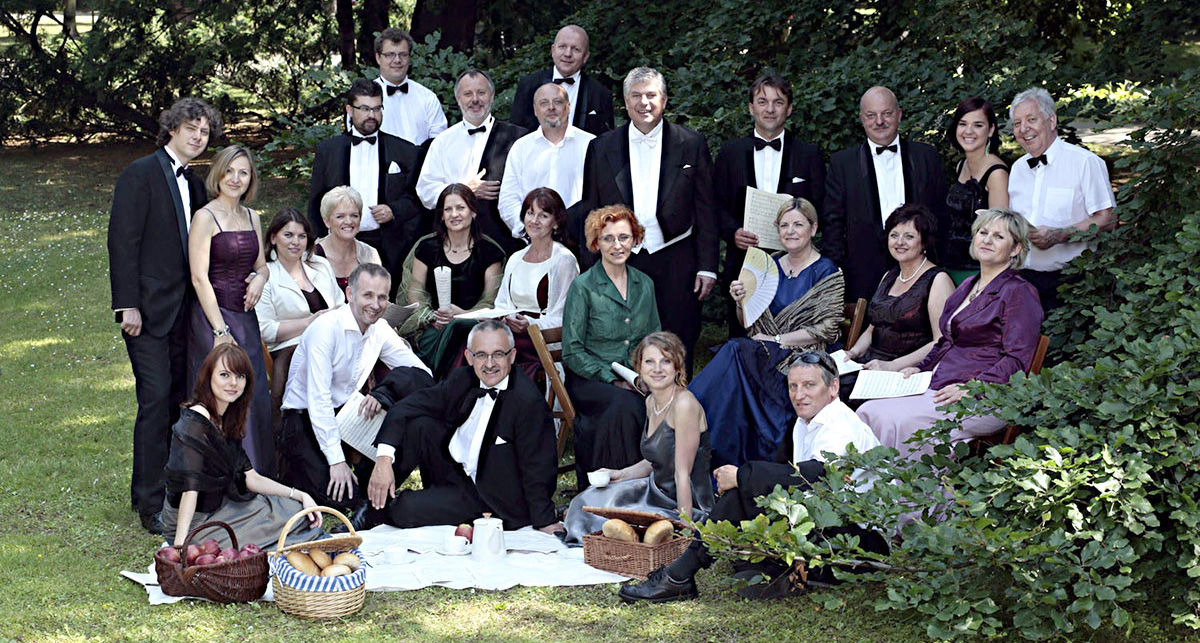 Choir sings a minimum of 80 concerts per year (preparing 50 different programmes annually). Its declared aim is to work at instrumental, ‘orchestral” level which, amongst other qualities, requires complete command of the ‘vocal instrument” in order to meet all technical and/or musical demands of a score.

Specializing in unaccompanied music, the main interests of the 24-strong ensemble lie in the fields of romantic and, above all, of contemporary music. Hence its countless world premier performances (on average one about every two or three weeks). Nevertheless, the ensemble also performs oratorios and even operas.

The Polish Chamber Choir Schola Cantorum Gedanensis frequently appears at international festivals like the ‘Warsaw Autumn”, ‘Wratislavia Cantans”, and Ruhr-Festival as well as, amongst other places, Salzburg, Dresden, Berlin, and Tokyo. Its concert tours take the group through all of Europe, to the USA, and to Japan. Among its regular guest conductors are Uwe Gronostay and Eric Ericson.

Besides about 30 CDs (two nominated for the Polish Grammophone prize), The Polish Chamber Choir, has recorded dozens of hours of music for Polish Radio, as well as for Polish Television (including all 68 of Palestrina’s offertorios), and for Netherlands Radio, Bayrischer Rundfunk, Hessischer Rundfunk, Sender Freies Berlin, and Westdeutscher Rundfunk.