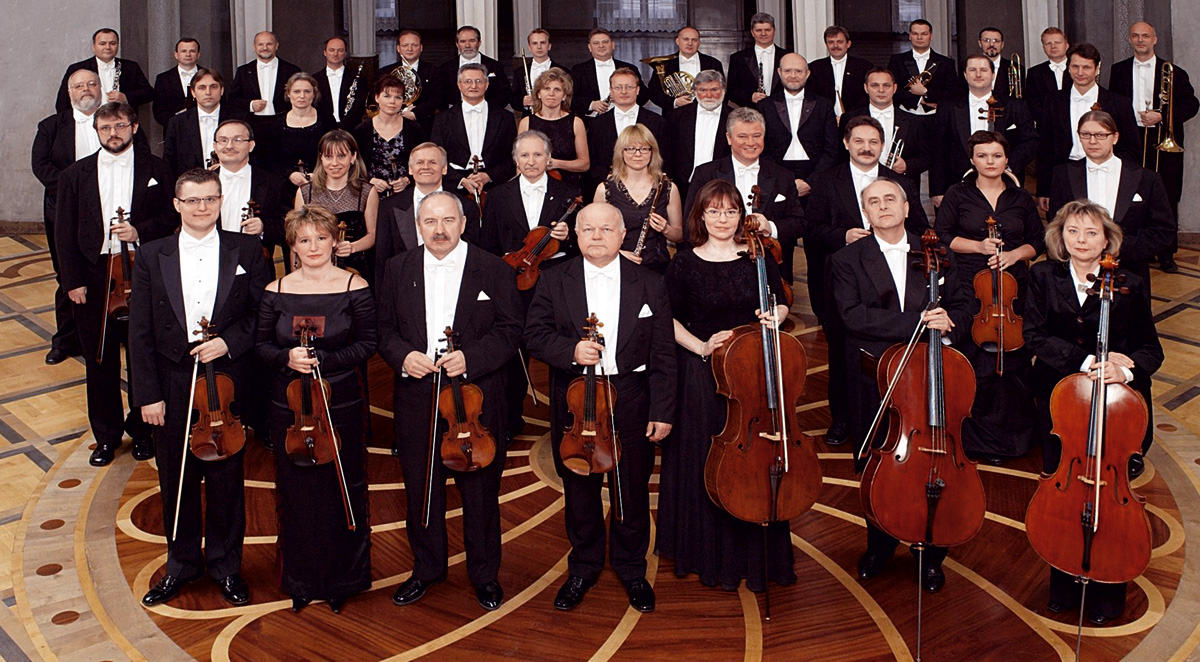 Work with no other orchestra has given me so much satisfaction, as conductor and soloist, as my collaboration with Sinfonia Varsovia.
Yehudi Menuhin

Sinfonia Varsovia has made numerous recordings for radio and television, as well as over 200 CDs for foreign and Polish labels (Deutsche Grammophon, Decca, Sony, EMI, Virgin Classics, Naxos, Denon Nippon Columbia, CD Accord, Polskie Nagrania, BeArTon, DUX, Polish Radio), many of which have received prestigious awards (the Grand Prix du Disque, the Diapason d’Or and the “Fryderyk” Award of the Polish recording industry). The orchestra’s most successful recordings include “Polish Symphonic Music of the 19th Century” (CD Accord/Polish Radio, “Martha Argerich – live in the Grand Theatre – National Opera (CD Accord), Henryk Mikołaj Górecki’s Third Symphony (Naive), Mozart’s Piano Concertos with Piotr Anderszewski (Virgin), “The Romantic Clarinet” with the famous clarinettist Sharon Kam (Edel Classics) and several BeArTon CDs with Karol Szymanowski’s works conducted by Jerzy Maksymiuk, an all-Górecki album (two “Fryderyk” Awards in 2003), works by Lutosławski and Szymanowski recorded in the SACD hybrid version under Maksymiuk’s baton. Most recently the orchestra recorded two CDs with music by Bach and Handel for Deutsche Grammophon (with the German oboist Albrecht Mayer), which proved both artistic and commercial success. The discography also includes the complete symphonies of Beethoven and Schubert recorded in 1996 for IMG Records under Lord Yehudi Menuhin to mark his 80th birthday. In 1997 Krzysztof Penderecki, who had been associated with the orchestra for many years, became its Music Director, and in July 2003, its Artistic Director. They have made many tours together, often performing his compositions, such as Sinfonietta per archi, Sinfonietta No. 2, Flute Concerto, Viola Concerto (also in versions for cello and clarinet), Stabat Mater, De Profundis, Credo, and Seven Gates of Jerusalem. Under Krzysztof Penderecki Sinfonia Varsovia has recorded several CDs, including an all-Penderecki album. In 2004 Janusz Marynowski, a long-time member of the orchestra, became its Managing Director, and in June 2008 the post of Music Director was assumed by the famous French conductor, Marc Minkowski. Sinfonia Varsovia performs regularly at major music festivals, including “Chopin and his Europe” in Warsaw, the Ludwig van Beethoven Easter Festival, Wratislavia Cantans, Warsaw Autumn and the Polish Radio Music Festival. In 2001, Sinfonia Varsovia’s then Managing Director, the late Franciszek Wybrańczyk, launched an annual festival “Sinfonia Varsovia for its City”. It includes several concerts of the staple symphonic and vocal-instrumental repertoire performed under the baton of leading conductors and with top calibre soloists, held in concert halls and churches and offered to city residents free-of-charge.

Disc of artist recorded by BeArTon