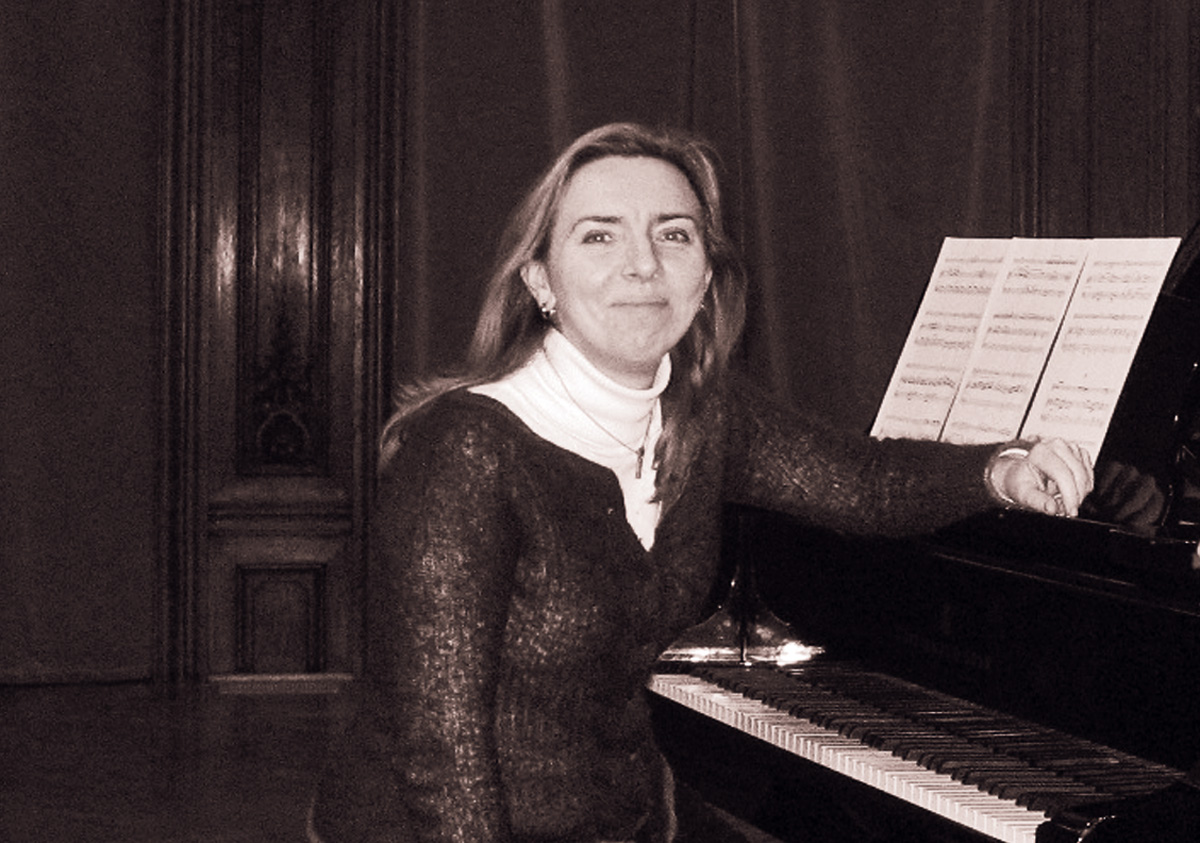 She is a graduate of the Music Academy in Łódź, where she studied with Tadeusz Chmielewski. She perfected her stills at masterclasses, summer academies in piano and chamber music as well as festivals in Poland and abroad (Great Britain, Switzerland, Germany, France, Austria). She held grants from the Royal Academy of Music in London, the Royal College in Manchester, the International Piano Societies in Vienna and Zurich, the ‘Musica Española‘ Foundation in Zurich and the ‘Gartenflügel‘ Foundation in St. Moritz.

She has developed a fine career as a soloist and in chamber music, with performances at the Polish Institute in Berlin, the Spanish Institute in Vienna, the Karol Szymanowski Museum in Zakopane, the Spanish Music Festival in Baden-Baden, the Laudinella Music Academy in St. Moritz, the Music Academy SchlossWeidenkam (Munich) and the Charterhouse Academy of Music (Great Britain). She has given recitals in France at the invitation of the Music Conservatoire in Noyon, under the honorary patronage of the Polish Consul.

Interpretations of Spanish and Ibero-American music occupy a special place in her artistic activity and she has done much to promote this repertoire in Poland, very much thanks to the grant from the ‘Musica Española‘ Foundation in Zurich. She has made recordings for Polish Television (Bach, Paderewski, Szymanowski).