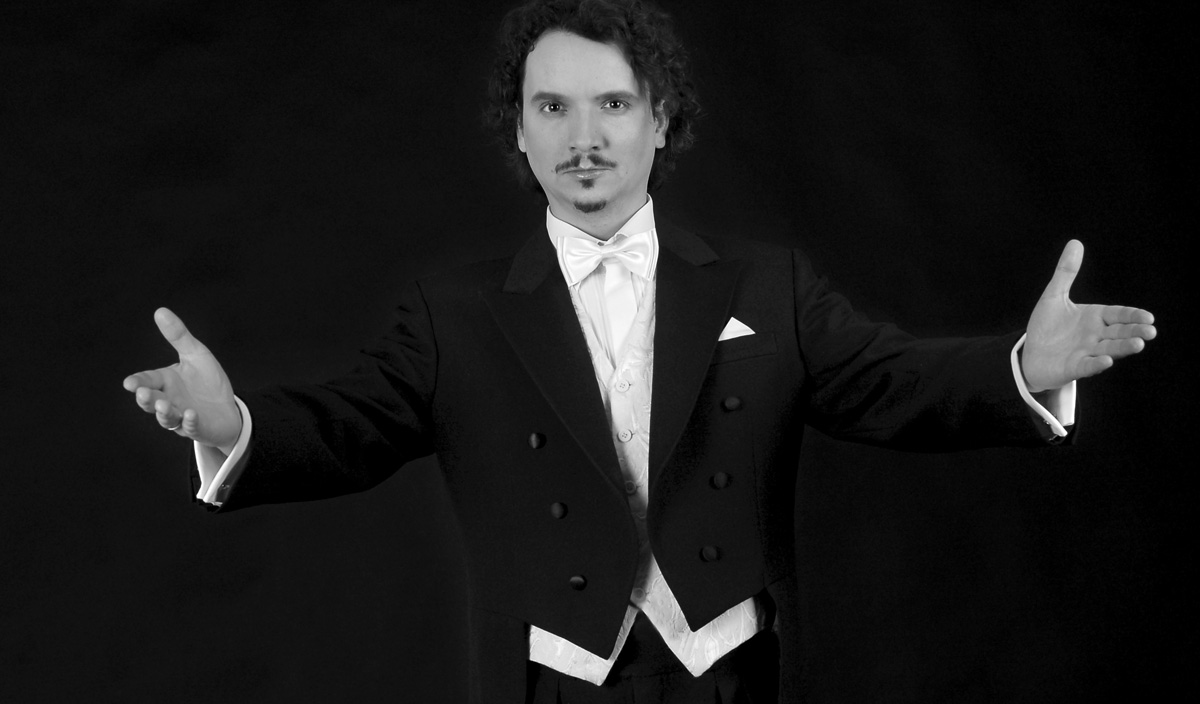 He is a graduate of Warsaw Academy of Music. He was the 2002 winner of the Adam Didur Opera Competition in Bytom and is an award-winner of many international vocal competitions, including the 2003 Belvedere Competition, the Salomea Kruszelnicka Competition in Lviv, Ukraine (2003), and the Concorso Internazionale Toti Dal Monte Competition in Treviso, Italy (2005).

Baritone Artur Ruciński has been singing in Opera Houses in Eastern Europe for the past 7 years to great acclaim. Of his 2002 debut at the National Opera in Warsaw in the role of Eugene Onegin, Polish Music Journal Ruch Muzyczny reported: Artur Rucinski’s beautiful singing and lyric quality was the highlight of the evening’s Eugene Onegin. This young baritone’s powerful dramatic voice made Oniegin come alive…. Ruciński’s subsequent roles in the National Opera in Warsaw as have included Ping in Turandot, Prince Jeletzky in Pique Dame, Janusz in Moniuszko’s Halka, Sharpless in Puccini’s Madame Butterfly, Figaro in Rossini’s Il barbiere di Seviglia, and Niklaus/Muse in Harry Kupfer’s production of Les Contes d’Hoffman, Valentin in the new Robert Wilson Faust, Lord Ashton in Lucia di Lammermoor at the Krakow Opera, General Ford in Falstaff at the Wroclaw Opera, Priest Grandier in Devills from Loudun by K. Penderecki at the New Opera House in Krakow. Artist has been heard as Marcello in La Boheme in Warna, Bulgaria and at the Krakow Opera, was Ping in Turandot in Bunka Kaikan in Tokyo and the Paphos Aphrodite Festival in Cyprus with Eva Marton, in Carmina Burana in Sofia, in I Pagliacci in the Lvov National Opera, Riccardo in I Puritani in Lodz, Silvio and Guglielmo in Così fan tutte at the Krakow Opera. While still a student, Mr. Rucinski made his debut at the Warsaw Chamber Opera in 2001 as Pappageno in Die Zauberflöte and has gone in to sing with that company as Guglielmo in Cosi fan tutte, Evgenij Oniegin, Malatesta in Don Pasquale, Figaro in Il barbiere di Siviglia and most recently Il Conte Almaviva in Le nozze di Figaro.

As a concert artist Artur Ruciński was heard with Polish Radio and Polish Television at the Warsaw Autumn Festival in the world premiere of W. Balakauska’s opera La Lontaine, in the Faure Requiem and Carmina Burana at the International Festival in Warna and for Bulgarian Television, as well as Handel’s Messiah in Paris and Haydn’s Die Schöpfung with the Warsaw and Silesian Philharmonic. Rucinski’s recording credit’s include Ford in Falstaff, A. Marko’s Messa (world premiere concert on The Polish Radio Label) and a CD of Polish and Italian songs entitled The Best Polish Singers (DUX).