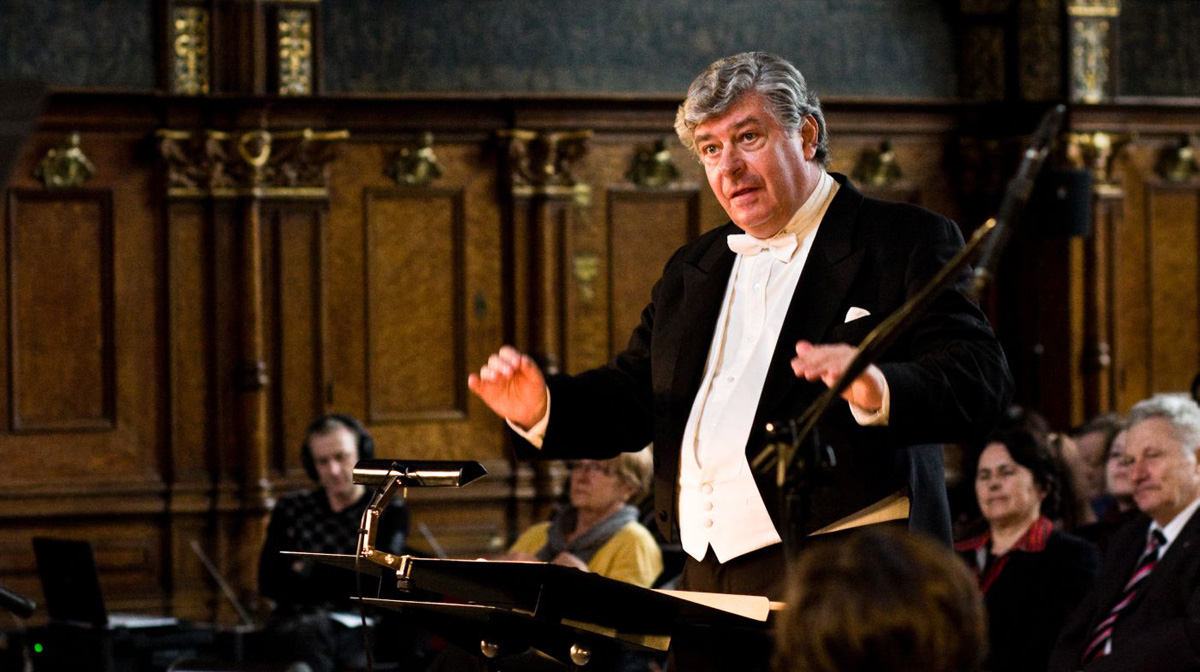 Jan Łukaszewski besides being conductor and artistic director of The Polish Chamber Choir – Schola Cantorum Gedanensis – is in demand as a guest conductor, working with the Polish Radio Choir at Cracow or guest conducting abroad. Especially in connection with The polish Chamber Choir, he has gained a reputation of being able to make possible the impossible and in a very short time indeed prepare musically valid interpretations of even the most complex of works. Hence the number of premier performances directed by him is vast.

Working with The polish Chamber Choir which he took over in 1983 after some years as assistant conductor, Jan Łukaszewski developed a distinctive choral sound. Its „instrumentality”, flexibility, and great diversity of colours never fail to impress critics all over the world. Nowadays he also teaches a postgraduate conducting course and worldwide holds master classes and seminars for choral conductors. Taking an educational interest in amateur singing, he often works in the juries of renowned choral contests, among others in Japan, Wales, Italy, Lithuania, and Switzerland.

In Poland, Jan Łukaszewski is regarded as one of the few that propagate the music of such composers as Schönberg, Messiaen, Xenakis, Globokar, Takemitsu, R. Strauss, Pepping, Tippett, Ives, and Barber. His recordings for Polish Radio, Netherlands Radio, Sender Freies Berlin, Bayrischer Rundfunk, and Westdeutscher Rundfunk and for Polish Television as well as his numerous CD-recordings reflect the quality of his work better still than might the long list of prizes bestowed on him.