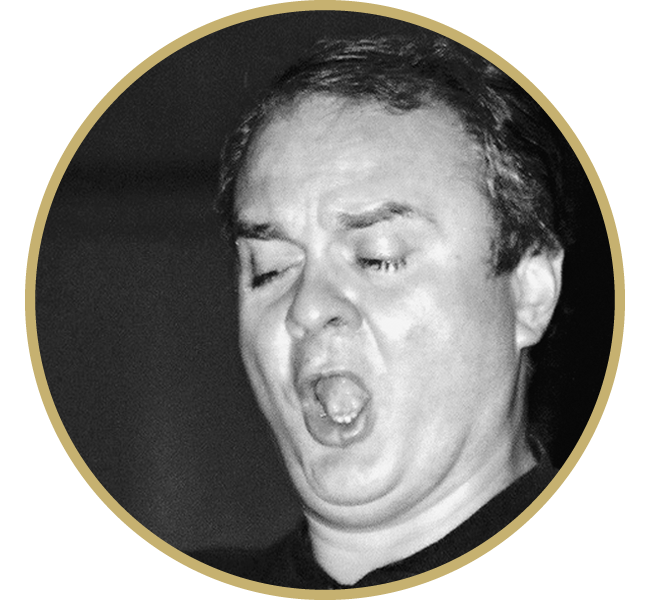 Adam Kruszewski began his vocal studies with Bogna Sokorska. He then perfected his singing with Pavel Lisitsian at the International Vocal Seminar in Vienna, and with Edmund Kossowski at the Music Academy in Warsaw. He is a prize-winner of major international competitions – at ‘s-Hertogenbosch (1987), Rio de Janeiro (1989) and Nantes(1989). He also won the Grand Prix at the Jan Kiepura Vocal Competition in Krynica, Poland (1988).

In 1985, Adam Kruszewski became a soloist of the Warsaw Chamber Opera, where he made his debut as Malatesta in Donizetti’s Don Pasquale. He also sang the main roles in Don Giovanni, Le nozze di Figaro, Die Zauberflóte, Cosi fan tutte, ll barbiere di Siviglia, ll Signor Bruschino, and La scala di seta. In the 1990/91 season he was the soloist with the Wiener Kammeroper (Malatesta in Don Pasquale and the Count in Le nozze di Figaro), with which hetoured Japan, South Korea and China.

For the past ten years he has been a soloist of Warsaw’s National Opera, appearing in the roles of Figaro in Rossini’s The Barber of Seville,Adam in Penderecki’s Paradise Lost, Albert in Massenet’s Werther, Sharpless in Puccini’s Madame Butterfly, Sword-bearer in Moniuszko’s The Haunted Manor, Don Alvaro in Rossini’s ll viaggio a Reims and Rambaldo in Puccini’s La Rondine. During the company’s tour of Japan in January 2003 he appeared together with Jose Cura in Verdi’s Otello, singing the part of Iago.

His foreign engagements have included the State Opera in Prague, a concert at the Opera Bastille in Paris, performances with the BBC Scottish Orchestra in Glasgow, and concerts at the State Opera in Pretoria. In 1992, he sang with Placido Domingo in duets from Don Carlos and La Boheme at a charity concert in Zabrze, Poland.