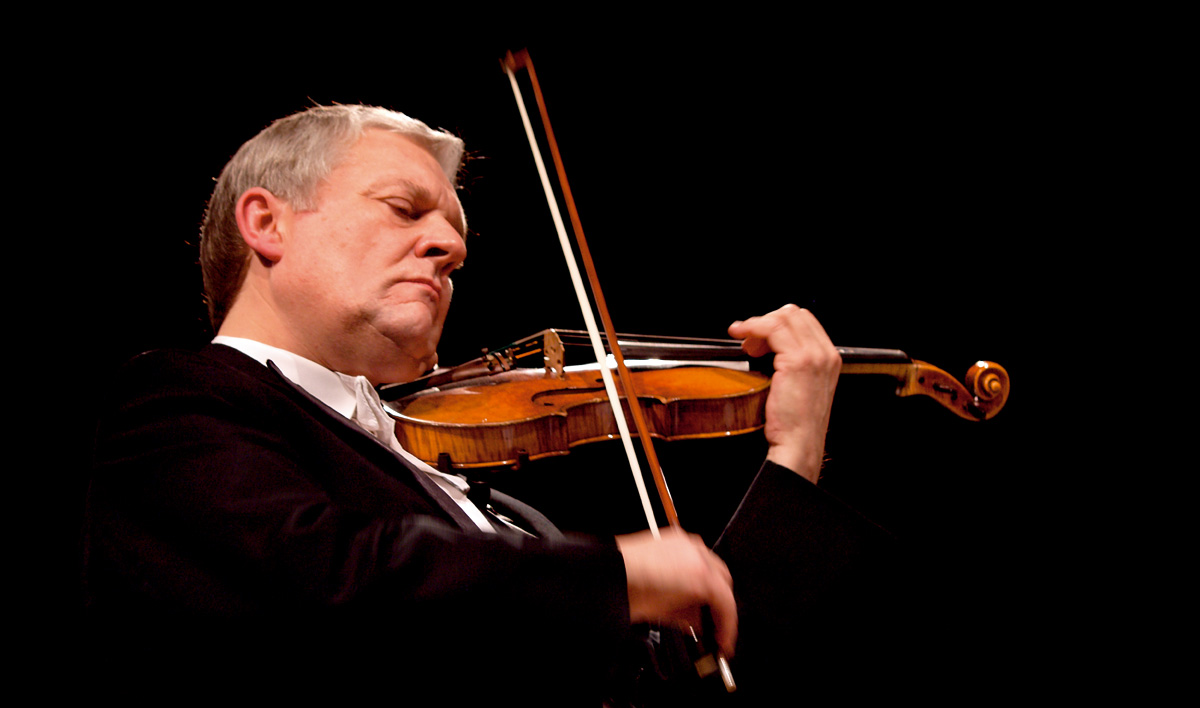 Born on March 5, 1947 in Gdańsk, he studied with Professor Stefan Herman.

1967 he performed over 2000 symphonic concerts and recitals in the whole world. He played with such orchestras as Berlin Philharmonic Orchestra, Chicago Symphony, Minneapolis, London Symphony, Konzertgebau Amsterdam, English Chamber, performed at numerous music festivals such as in Lucerne, Bordeaux, Berlin, Brighton, Prague, Barcelona, Flandres, Warsaw and others.

His recording output includes among others the concertos by Vivaldi, Mozart, Mendelssohn, Glazunow, Lalo, Bartok, Prokofiew, Beethoven, Brahms, Karłowicz, Penderecki, Hindemith, Szymanowski, Polish contemporary music (Penderecki, Lutosławski, Knapik, Bloch, Jabłoński etc.), chamber music and many others. For the two recorded concertos of Szymanowski in 1981 in Paris he was awarded with Grand Prix du Disque. He often performs abroad pieces by Polish composers. As the first performer after Stern, he has repeatedly performed the 1st concerto by Krzysztof Penderecki in Europe and North America, mainly conducted by the composer himself. Since 1984 he is a soloist of the National Philharmonic Orchestra in Warsaw – with this ensemble he toured numerous times almost the entire world.

Since 1994 he holds the position of a professor at Chopin Music Academy in Warsaw. He has acquired numerous distinctions, among others the awards of the Minister of Culture and Fine Arts, the award of the Minister of Foreign Affairs, the Commander Cross of the Order of Polonia Restituta and many others.