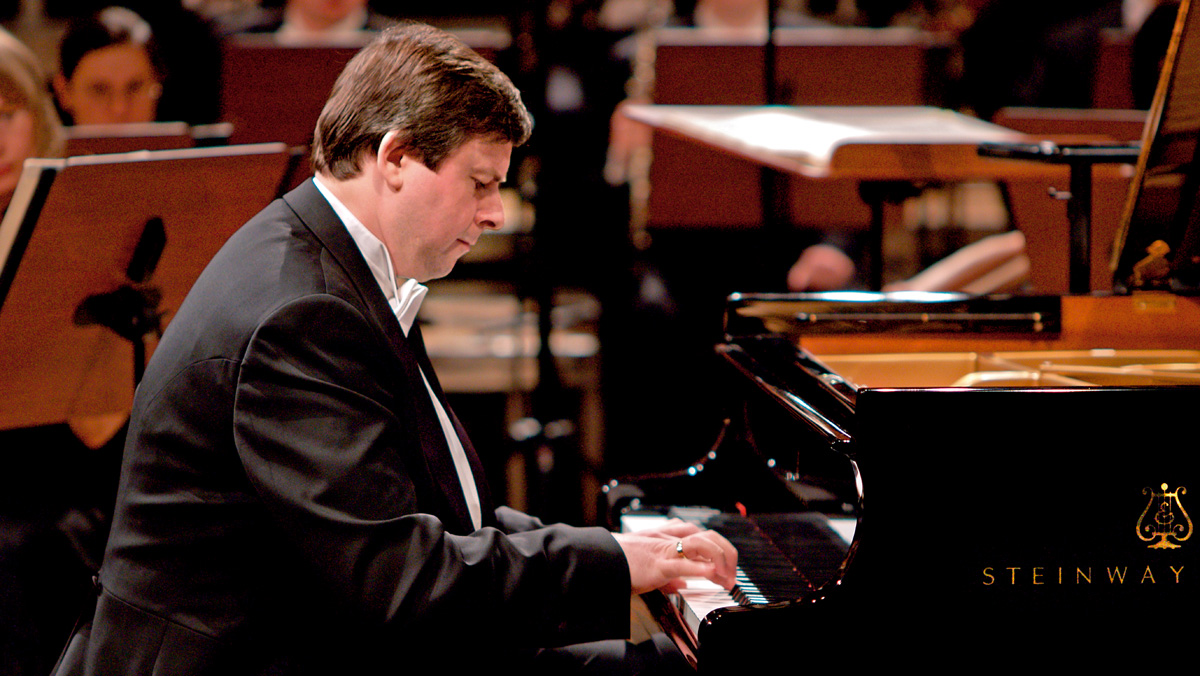 He was born in Wrocław in 1965. He started piano lessons at the age of six with Janina Butor and while remaining under her guidance he won several prizes at national competitions, received various grants (including from the Chopin Society in Warsaw) and, at the age of 12, performed his first concert with an orchestra. At the age of 15, as the youngest competitor, he was placed fifth at the Premio Dino Ciani Piano Competition in Milan, after which he was invited by the Chairman of the Jury, Nikita Magaloff, to attend his masterclasses in Geneva. Between 1983 and 1986 he studied with Professor Andrzej Jasiński at the Academy of Music in Katowice.

Since 1985 Krzysztof Jabłoński has appeared in concert venues around the world. In 1999-2006 he worked closely with the Grand Theatre and National Opera in Warsaw performing music to a ballet entitled Fortepianissimo, which was developed around Chopin’s music, and the original piano version of Debussy’s Pelleas et Melisande. Recent highlights in his career have also included a performance on an historical piano (Erard, 1849) of Chopin’s Variations Op. 2 La ci darem la mano at the Warsaw Philharmonic Hall with the Orchestra of the 18th Century conducted by Frans Brüggen, a performance of Shostakovich’s First Piano Concerto with the Festival Orchestra at the Grand Teton Music Festival in the United States, a performance of Skryabin’s Prometheus (with the Warsaw Philharmonic under Andrey Boreyko) as well as concerts with the Berner Symphonie-Orchester (Chopin, Dohnanyi), Jenaer Philharmonie (Ravel) and Radio-Sinfonieorchester Stuttgart des SWR (Mendelssohn).

He is the founder (with the cellist Tomasz Strahl) of the Chopin Duo and since 2005 has been a member of the Warsaw Piano Quintet.

Krzysztof Jabłoński has made numerous recordings for radio and television in many countries. His discography comprises many CDs for labels in Germany, Japan and Poland, including Chopin’s Etudes, Preludes and Impromptus, the Variations Op. 2 and the Rondo á la Krakowiak Op. 14 for BeArTon (recorded using The National Edition of Chopin’s Works edited by Profesor Jan Ekier).